A Comprehensive Workshop on The Tax Reform for Acceleration and Inclusion (TRAIN) Program, Package One by EAA Training - SpeedyCourse Philippines
We've noticed this is not your region. Redirect me to my region
What do you want to learn today?
Back to Courses

A Comprehensive Workshop on The Tax Reform for Acceleration and Inclusion (TRAIN) Program, Package One 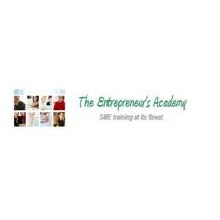 THE TAX REFORM FOR ACCELERATION AND INCLUSION (TRAIN) represents Package 1 of the comprehensive tax reform program of the current administration. It aims to rectify gaps in the present tax system, allowing it to be more effective and equitable. Moreover, it aims to allocate certain gains for the marginalized Filipino.

This workshop shall cover the following components of TRAIN:

3) Expanding the VAT base;

Froilyn P. Doyaoen-Pagayatan is a lawyer who has been specializing in tax and corporate law for more than 15 years now. From 2000 to 2006, she worked in the Tax Services Group of SGV & Co. From 2006 to 2012, she served in the law firm of Follosco Morallos & Herce where she was promoted as partner in 2010. In 2013, she became a tax director in SGV & Co. She put up her own law office, FDP Law, in February 2014. Currently, she is faculty member of the Mapua Institute of Technology School of Business and Management and the Angeles University Foundation College of Law. Also, she is tax counsel of the GSMH Law Office. While working in SGV & Co., her article on taxation of entertainment and representation expenses was published in the Philippine Inquirer and her article entitled “e-BIR” was published in the BusinessWorld. Atty. Froi received her law degree from the University of the Philippines in 2000 and was admitted to the Philippine roll of attorneys in 2001. She received her Bachelor of Arts degree in Political Science (Magna Cum Laude) from Saint Louis University in 1996.

*5% off the total amount for delegations of 5 pax or greater.

*This workshop will have 6 CPE credits, representing 6 hours of attendance.

Don't have an account?
Sign up for free
Already have an account?
Login
Change Email
Cancel
Sending Message
Please wait...
OR
Join SpeedyCourse for FREE
Sign up as Provider for Free
Added to Calendar
This course was added to your SpeedyCourse calendar.
You can manage your calendar by clicking on the button below.
View my Calendar
Added to Calendar Failed
You have to be logged in before you can add this course to your SpeedyCourse calendar.

Or if you don't have an account you can sign up
as a Provider or as a Learner
Login
** To add the schedule/s, download and export the .ics file to your calendar. **

EAA Training
A Comprehensive Workshop on The Tax Reform for Acceleration and Inclusion (TRAIN) Program, Package One
MORE DETAILS

Asian Consulting Group
Catching the TRAIN: A Seminar on the Effects of the Tax Reform Acceleration and Inclusion Law
MORE DETAILS 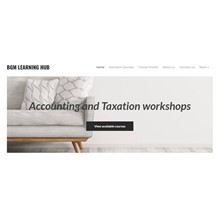