BAM: Awit ng Kabataan by Brown Academy of Music - SpeedyCourse Philippines
We've noticed this is not your region. Redirect me to my region
What do you want to learn today?
Back to Events 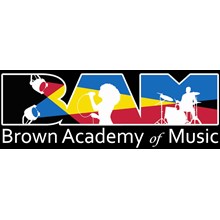 This third major culminating show of 2019 featuring the BAMStars will take place on Saturday, September 21 at 2pm at the Activity Center at Ayala Center Cebu.  The show is titled "Awit ng Kabataan" and will highlight the genre of OPM.  The show will feature songs in English, Bisaya, and Tagalog and will include two brand new songs that were written during the recent songwriting course with Jude Gitamondoc.  "Wa" is a song written by the entire class and "All I've Got to Give" was written by Elite BAMStar and Six String International scholar, Jericho Streegan.

The show is FREE and open to the public and seating is first come, first serve.  Be sure to invite family and friends for an afternoon of entertainment.

Don't have an account?
Sign up for free
Already have an account?
Login
Change Email
Cancel
Sending Message
Please wait...
OR
Join SpeedyCourse for FREE
Sign up as Provider for Free
Added to Calendar
This event was added to your SpeedyCourse calendar.
You can manage your calendar by clicking on the button below.
View my Calendar
Added to Calendar Failed
You have to be logged in before you can add this event to your SpeedyCourse calendar.

Or if you don't have an account you can sign up
as a Provider or as a Learner
Login
** To add the schedule/s, download and export the .ics file to your calendar. **